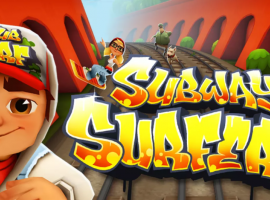 Run 3 is an exciting running game where you run, jump thr...

Meet with criminal brothers in the addictive game Money Movers and help them escape from their prison cells through various challenging and entertaining levels.

The brothers are unfazed by the fact that they are in the country's most secure prison. Traps, security cameras, and guards would be ineffective against them. Infiltrate the prison and help them gain their freedom!

Money Movers is set in a prison, and you control two brothers who are attempting to escape. This game has a total of 20 levels, each with a unique set of obstacles. Your goal as the player is to overcome these obstacles by pressing buttons, pulling levers, throwing and moving objects, and occasionally running away from other dangerous inmates. The prison is not deserted, and on some levels, you must contend with other inmates and guards who are all attempting to prevent you from escaping. The criminal brothers are two physically different men. One is large, while the other is small. The big brother can throw objects, but he lacks the speed and agility of his younger brother. Unlike his older brother, the younger brother is faster and can maneuver through tight spaces. You must use both characters to complete the levels and clear your path because one can reach places that the other cannot. Every level will also have money bags that you must collect in order to unlock the bonus level. Each level contains three money bags, not all of which are easily collected. When you have collected all of the money bags in the game, you will be able to play the bonus level and assist the brothers in escaping from the prison with riches!

Use the WASD keys to control the small brother.

Use the arrow keys to control big brother.